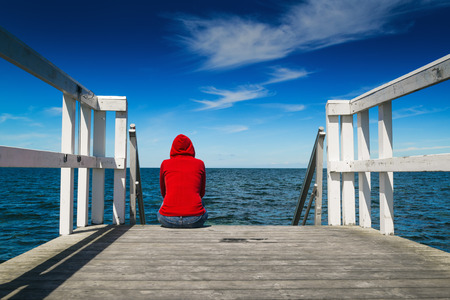 Are you codependent? If so, there are probably some things you have a tough time accepting about human nature and relationships. On the other hand, perhaps you’re not sure what codependent means, in which case, let’s begin with some basics.

Codependents need to be needed. They believe making oneself invaluable to another is the pathway to love. It isn’t. It’s the pathway to becoming a doormat, to being taken advantage of and to becoming a target of abuse. When someone loves you and you love them, you want to be with each other (interdependence). You don’t need to be with each other (dependence). The former is a mutual coming together. The latter is tinged with urgency and desperation.

Codependents may have difficulty being alone, feel unworthy of being loved and a fear of abandonment. A codependent will often sacrifice his or her needs and well-being to take care of others. However, they usually have a hard time asking others for help and support in return.

Codependents tend to choose adult relationship partners who are very similar in nature to their dysfunctional and probably personality disordered parents. It’s also not unusual for codependents to be in relationships with alcoholics and addicts in addition to the personality disordered and chronically mentally ill. Many codependents learned at an early age to put the needs and wants of their parent(s) ahead of their own, or were told they were being bad and selfish if they didn’t do so.

As children, codependents grew up believing that if they were good enough, smart enough, talented enough, invisible enough, sympathetic enough, undemanding enough, selfless enough and could anticipate their parents’ needs, wants and moods well enough that they could control their parents’ depressions, rages, alcoholism, general craziness, avoid their abuse and obtain their love and acceptance. This is magical thinking and, in adults, is referred to as the narcissism of the codependent or, in my opinion incorrectly as the inverted narcissist.

Codependents aren’t narcissists. I’ve had many codependent clients who’ve worried they’re narcissistic when they stumble across these terms. First of all, a codependent is the opposite of a narcissist. Opposite not inverted. There are narcissists who portray themselves as martyrs and are grandiose and self-serving in their “martyrdom” (think professional victims), but this is not codependency.

They’re the “poor me” narcissists instead of the “I’m fabulous” narcissists. No one has it as tough as them. No one does so much for others as them or sacrifices so much for others as them. No one has been treated as unfairly as them. Martyrcists™ are the best at having it so bad. They’re also not victims. They’re aggressors in whiny, bleating sheep’s clothing. Codependents don’t draw attention to themselves for all that they do for others, or whinge on and on about how they prostrate themselves in the service of others. Codependents are usually pretty self-effacing and believe that haven’t done enough and need to try harder.

Codependents are pathologically selfless and other-focused, while the narcissist is pathologically selfish and self-absorbed. Codependents spend much of their time trying to meet the needs of others to the point of anticipating a partner’s needs before their partner even recognizes them. Many codependents have been so other-focused for so long that they’ve an extremely difficult time identifying what their needs and wants are beyond making their narcissistic or borderline partner happy and avoiding his or her rage and abuse. A narcissist rarely gives a damn what anyone else wants or needs, not even their own children. They only care about themselves.

What does the narcissism of the codependent mean? It means if you’re codependent you have the magical belief that you can love an abusive and disordered partner well, that you can somehow fix them and turn them into a kind, loving decent human being. The codependent believes that he or she can “handle it.” No, you can’t. You couldn’t do it when you were a child with your parent(s) and you can’t do it with an adult partner who’s every bit as fucked up as your mom or dad was.

You’re not a super hero or heroine. For that matter most narcissists, borderlines and psychopaths aren’t archvillains. They’re just emotionally immature jerks whose childhood wounds dovetail with your own. It’s hubris to believe you have the power to change a personality disordered person, hence the narcissism of the codependent. Heal your wounds and you won’t match up with these predators anymore.

Here are some fundamentals to help you overcome your codependent beliefs and behaviors:

1. You can’t fix anyone else. You can only fix yourself. You can’t save or rescue someone from themselves. If you really feel the need to be the rescuer, adopt a pet from a kill shelter.

2. Doing for someone else what she or he is capable of doing for themselves isn’t helping, it’s enabling. Stop pushing the broom behind your narcissist, borderline or psychopath. A healthy person will ask, “Show me how, so I may do for myself.” A lazy, immature person says, “Do it for me.”

3. Everyone has issues. We each have a responsibility to ourselves, our loved ones and our communities to manage our own issues. You can’t do the work for someone else.

4. We teach others how to treat us. Accepting and tolerating bad behavior will only get you more of the same. Tolerating abuse doesn’t prove that you love someone unconditionally. It means you’re willingly participating in your own abuse and calling it love, which is wrong.

5. Feelings of pity, fear, obligation and guilt won’t kill you. Feel the guilt (or the fear or the pity or the obligation) and have boundaries anyway.

6. Taking care of yourself isn’t wrong. If someone makes you feel guilty or selfish for taking care of yourself yet expects you to satisfy their wants at your expense, they’re behaving like a selfish jerk and they should feel guilty. Of course, this type of person rarely feels guilt no matter how egregiously reprehensible their behavior is. Furthermore, they don’t give a damn about you or your well-being.

7. Stop doing favors for others to get them to like you. Do favors or offer assistance when asked because you feel like it, not because you’re afraid the other person will become angry or dislike you.

9. You can still be a nice person and have boundaries. You can be a nice guy or nice gal and say no. It’s healthy.

10. Learn how to ask for help when you need support. Relationships should be a two-way street, not a one-way street paved with double standards. When you need an extra hand or a shoulder, ask for it. People who genuinely care about you will be happy to reciprocate. Give them that opportunity. Narcissists, borderlines and psychopaths take from others without giving back.