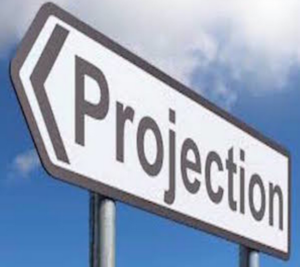 As a person with codependent tendencies, it is difficult to accept that the reason we find ourselves in dysfunctional relationships with personality disordered partners, is because of what we have in common, rather than our differences.  People who have been groomed since childhood into accepting unacceptable behaviors, and being caretakers for those who should have been giving care, adopt a number of unhealthy coping mechanisms, many morphing into personality disordered adults, themselves, of either Cluster C (Codependent/Anxious) or Cluster B (Narcissistic/Dramatic).

With the notable exception of those children who had a stable influence (outside family member, teacher, clergy, therapist) who provided a sane role model, most will fall into one of the above categories as adults, if the dysfunctional behaviors are not addressed intensively through therapy and/or various forms of education and self-care.

While it is true that being self-centered (narcissistic) or having a fear of abandonment (borderline), or being a natural caretaker (codependent), do not qualify as being personality disordered, having these traits predisposes the person to developing a disorder as an adult.  Think of a predisposition to a personality disorder as a cancer cell.  Enter an adverse combination of genetic and environmental agents, and the dormant cells become malignant.

Combine these factors with the likelihood that we, as adults, are subconsciously drawn to relationships with people who bear traits that our parents possessed, because there is comfort and familiarity in being the person you were groomed into being, the proverbial “cancer cells” are fermented and both parties devolve into worse forms of dysfunction.

Now that we know the “how” of the Cluster B/Cluster C relationship dynamic, I am going to focus on the “why”.  Specifically, why the codependent person stays in an abusive relationship with a narcissist or borderline.

Unlike the narcissist, who has a complete void of empathy and can’t comprehend what it means to put him or herself in another person’s shoes, the codependent has a granular understanding of the other person’s shoes, to the detriment of not knowing or caring that their own feet are bare.  This hyper-focus on catering to others and neglecting their own needs is the most obvious form of projection by the codependent, where they assign their own physical and emotional needs to another person.  But there is another form that is much more insidious.

Ironically, the narcissist also believes that their inner child is beyond redemption, and has created a “False Self” (ego).  So in the codependent’s attempts to heal their own wounds by healing someone else’s wounds, the codependent ends up bolstering the narcissist’s ego.  And neither party heals.

Pamela MacDonald is a writer, author and co-host of Crazybusters.