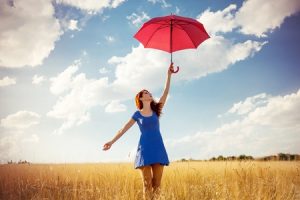 Being Codependent doesn’t make you a bad person. In fact, Codependents are some of the nicest people on the planet. Codependents tend to put everyone else’s needs before their own. Codependents are inherently Empathic and feel better about themselves when they are helping someone else. Codependents, as a result of conditioning, have trouble identifying their own needs, and go through life in a state of servile complaisance.

Codependents are the polar opposites of Narcissists.

The problem with being Codependent is that we become prime targets for disordered folk who are incapable of comprehending anyone else’s needs other than their own. For the sake of ease of reading, I will use the term “Narcissist” to include the other Cluster B Personality Disorders (including Sociopaths, Histrionics and Borderlines), because all have the co-morbid traits of being narcissistic and lacking empathy.  Narcissists are, in a nutshell, Predators who seek out Codependents for their high threshold for abuse, their willingness to fall on the sword, and their void of expressed need. Narcissists exist as malevolent dictators because it makes them feel less impotent if they can dominate those around them. So they naturally gravitate towards people who don’t know how to stand up for themselves.

Despite believing themselves to be God-like, Narcissists need a Codependent enabler in order to survive. However, the Codependent does not need the Narcissist in order to survive. Quite the opposite, in fact. The Narcissist will eventually suck every ounce of life out of the Codependent, if allowed, without a backwards glance, a minute of lost sleep, or a pang in their non-existent conscience. Being mean makes them feel happy and fulfilled. Narcissists are not encumbered with emotions like guilt, remorse, pity, empathy or sympathy. Because they operate under the False Self (ego), the Narcissist cannot self-reflect on a reflection that is not real. As they confuse even themselves over what is real and unreal, they cannot distinguish between right and wrong and they possess no moral compass. The Narcissist believes that if you tolerate his/her abuse, then you deserve it. S/he believes that you WANT to be abused because the Narcissist cannot comprehend otherwise. His/her focus is blindingly narrow sighted.

Unfortunately neither adaptation is healthy. But the good news for Codependents is that, unlike the Narcissist, who accepts no fault for his/her own misfortunes, the Codependent can change and grow by learning to enforce boundaries.

If you have been diagnosed or believe that you fall into the category of being Codependent in relationships, I have listed three steps you should take to overcome this affliction:

1) Identify your Needs, Wants and Desires.

I know that as a Codependent this is a bigger task than it appears. I remember once sitting in a Therapist’s office when she asked me, “What is it that you want out of life?”

“Peace,” was my very quick response.

“No,” she said. “Specifically, tell me what it is that YOU want out of life.”

The specifics were hard. I kept coming up with vague answers like Love and Harmony. But my very good therapist pointed out to me that these are things I wanted other people to provide FOR me. I was embarrassed to admit that I did not know what it was that I wanted. I had no long term plans or goals for myself. I was just going along to get along and I spent my life trailing along behind myself, not realizing that I should have been leading the charge. She sent me home with an assignment to think about what I would want for myself if I were not married to a Narcissist. THAT list was very different and much more specific and much more about ME.

So I challenge you to imagine yourself in a role where you are not catering to the needs of a Narcissist, and envision what it is that YOU want out of life.

Is it a different career? Is it to travel? Is it to have more of a social life? Is it to be heard and validated in a relationship? Is it emotional intimacy? Do you want to do volunteer work? Learn sign language? Go back to school? Write a novel? Raise chickens? Open up a food truck? Run a marathon? Visit Stonehenge?

Think of the dreams that you subconsciously gave up on in pursuit of catering to a Narcissist instead. Write those things down. Name them and claim them.

And then PURSUE THEM.

Pursuing your dreams is not a selfish endeavor. The Narcissist does it 100% of the time. Why shouldn’t you have your needs and desires met, too?

Start with the easier ones and work your way up to the more challenging. Sure, the Narcissist is going to screech and wail because you aren’t focusing 100% of your attention on him/her. That will be the sign that you are on the right track.

In my previous marriage, I did and went along with so many things that compromised my integrity, because NOT going along would have enraged him and he would have punished me. As a result, I was privy and complicit to many lies, cheating and other forms of egregious behavior. And I did nothing about it out of fear.

Here’s a concept. If you stand up for what you know is right and that causes the errant person to fly into a fit of rage and make you feel unsafe, you need to get away from that person. Yesterday. Stop making excuses for their bad behavior. Stop condoning it by not condemning it. Say “No” and be brave enough to protect yourself from the fallout.

3) Learn to Enjoy your own company