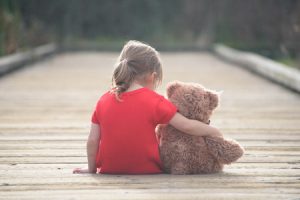 Happiness depends upon ourselves. ~ Aristotle

In an ideal world, a loving couple decides to bring a child into the world with the hopes and expectations of loving and nurturing that child into a healthy, independent adult with a positive outlook on life.

Disordered people don’t do that. Mainly because they don’t know how, never had good parenting modeled for them and, due to emotional stunting, are not mature enough to handle the responsibilities of being a parent. But that doesn’t stop them from having children.

Disordered people expect their children to fill a void in them. For a Borderline parent, that void may take on the form of tending to her bottomless pit of need (parentification), or serving as a tool to ensure that the other parent won’t abandon the Borderline (hostage negotiation). For a Narcissist parent, that void may take on the form of the Narcissist living vicariously through the child, expecting the child to succeed in areas where the Narcissist feels inept. Or the Narcissist may choose to paint the child black (black and white thinking – all good or all bad) projecting his own self-loathing onto the child and punishing the child for what he represents (whipping boy).

There are many theories and opinions on the effectiveness of treatment for and recovery from a personality disorder. I have never met a Disordered person who kicked the disorder like a bad smoking habit. It seems to me that the disordered person’s many, MANY defense mechanisms (such as cognitive distortions, uncontrollable rage, black and white thinking, emotional reasoning, blame shifting, etc.), render them very unlikely to admit they have a problem, much less that they ARE the problem. There may be people who have recovered. But I’ve never known anyone who did.

I do, however, have extensive firsthand experience at being and recovering from Codependency. It is a topic very near and dear to me. Codependency is a condition that can be overcome through learning how to be the parents to ourselves, that our parents were incapable of being.

Think of the worst abuse you’ve taken in a relationship and ask yourself what you would have done if this was your son/daughter in the same situation. You would have been outraged and told them to get out of that relationship. Of course you would. So why did you not give yourself the same advice?

This is what I mean by parenting ourselves. Codependents are like orphans with parents. Our parents were there but they never parented us the way we needed them to. So we grew up believing that we were not worthy of being defended or loved. And we carried this belief into adulthood. We never learned how to stand up for ourselves and this is a form of emotional stunting.

We can’t go back in time and force our parents to re-parent us (which would no doubt end up with the same result anyway). But what we can do is learn to treat ourselves with the same love and compassion that we would if we were our own children. Showing love for ourselves is not the same as being Narcissistic. Narcissism is actually a form of self-loathing cloaked in a False Self. Love for ourselves means that we believe we have worth and value that doesn’t hinge upon the approval from outside of ourselves.

Standing up for ourselves when we are being abused is what grown people do. Taking the abuse and hoping the abuser will stop, or hoping that you can please your abuser into stopping, is a child-like response.  As a Codependent, learning to set and enforce boundaries for yourself is not easy. It goes against years and years of conditioning. But you’re worth it. I hope you come to believe this.