So you’ve finally garnered the courage to end the relationship with the Narcissist (or Borderline/Psychopath). Good for you!

But now you are dealing with judgment, snubbing and abandonment from the people you once believed were 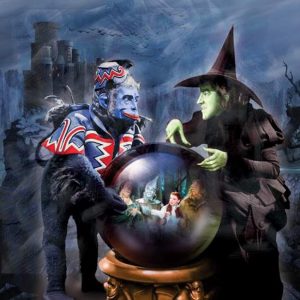 mutual friends. Some of them have even turned on you and have sided with your Narcissistic ex.

“How can this be?” you ask yourself. You were the nice person. The victim. Many of your mutual friends had witnessed the abuse and had seemed to sympathize with you… at the time. What happened to cause the mass betrayal?

The obvious answer is that the Narcissist caused it. But it likely didn’t happen in the way you believe it did. The relationships that the Narcissist builds with his Flying Monkeys are every bit as calculated, manipulated and managed as the relationship he had with you. By design, his/her sycophants were going to turn on you whether you were discarded or escaped. This was inevitable. And here is why and how it happened.

You have been isolated from your true supporters

From the beginning of your relationship, the Narcissist, like the Predator she is, was able to sniff out your true friends and also find out by testing boundaries, which of your friends weren’t loyal to you. The loyal friends were squeezed out. The Narcissist accomplished this by manufacturing slights, complaining about said slights ad nauseam, and then triangulating the relationship by forming a wedge between you and your “true” friend.

And even if she was unable to form a wedge, she was able to make the relationship so strained and stressful for you to continue, that you voluntarily allow that relationship to fade away, making the choice to end the relationship yours and not the Narcissist’s.

So the only remaining friendships are with the people that the Narcissist feels she can manipulate and control.

Your reputation has been smeared for longer than you think

So you expected that the Narcissist would wail and throw himself pity parties after you left. He definitely did that. But what you likely didn’t expect was that the Narcissist has been painting himself as your victim since early on in the relationship. It’s projection. The Narcissist knows he is hypocritical and he doesn’t care. Accuse others of what you are doing is his mantra.

As an example, after I had left my Narcissist ex, a mutual acquaintance had snarked about how I was always late to appointments. As this was not the case, I asked why she thought this, and she explained that my Narcissist ex told her.

In reality, my Narcissist ex bragged about intentionally being late as a power play. Countless times I would be ready and waiting FOR HIM to get ready, as he tried on multiple outfits, couldn’t find his keys, couldn’t get his hair to behave. If I reminded him that we were going to be late, he would scream at me for “nagging”. So over time, I just learned to accept that we would arrive late. I had no idea that our chronic tardiness was being blamed on me.

So people came to believe that I was disorganized and couldn’t manage my time. I can only imagine what other flaws I possess that I had no awareness of.

Buzzards of a Feather

I remember thinking, early in the relationship with the Narcissist, that all of his friends are jerks. How is it that such a “nice guy” has almost exclusively friends who are creepy, cruel, unethical liars?

I actually laughed out loud as I wrote that last sentence. It’s so obvious now. Narcissists admire and respect other Narcissists. They can’t live with them, but they like hanging out with them, chuckling over how they screw over nice, naïve people, tripping people as they walk by, putting bleach in the shampoo bottles (and whatever mean things Narcissists think are hilarious). They enjoy being mean and they need to associate with other mean people who won’t judge them for being mean.

Transversely, the Narcissist needs (much more so than he needs other Narcissists), a good Co-Dependent to keep him propped up, above board, and to facilitate some semblance of normalcy. But he has no respect for the person he uses as a prop. Nor do his Narcissist friends.

So you shouldn’t be surprised when these jerks aren’t feeling sorry for you once you escape the Narcissist. In fact, they’re all worried that their Co-Dependent props might take notice and do the same. By escaping your abuser you become a threat to their collective fragile egos.

You had the Power all along, my Dear

As you awake from your slumber in Oz, you begin to realize that nothing in the Narcissist’s world was real, including his Flying Monkeys.

Let go of those “friendships” and seek out healthy people instead. If you can afford it, find a good therapist to work with you, because living with a Narcissist messes with your head and destroys your self esteem. Once you are healthy, you will be attracted to other healthy people who won’t abuse you.