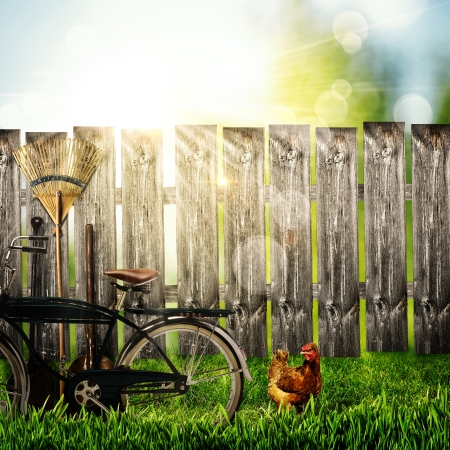 So many of the men and women I work with become hyper-focused on being able to detect personality disorder warning signs or red flags after being in a relationship with an abusive narcissist, borderline or psychopath once they’re ready to begin dating again. This is perfectly natural and normal at this stage of the healing process. After you’ve been burned that badly, of course you don’t want to go through that kind of soul sucking, gut wrenching, heart breaking mindfuckery ever again.

It makes perfect sense that you’ll be especially sensitive to any indication of Crazy in a potential date or mate. Like after getting sick from bad shellfish, you want to be certain the next plate of oysters isn’t poisonous. While being able to identify bullies, selfish jerks, the emotionally immature, emotional vampires, the pathologically entitled — however you refer to these individuals — is important, it’s only half the equation.

At the risk of sounding like a broken MP3 file, you have to have boundaries.

Even if you miss a red flag or two, boundaries are your ultimate protection against narcissistic, borderline, histrionic and psychopathic men and women. Boundaries are your garlic necklace, wolf bane and crucifix. They’re your invisible fence. And remember, “Good fences make good neighbors” (Robert Frost, Mending Wall).

Ideally, boundaries are something good enough parents teach us as children. No hitting your siblings, keep your hands to yourself. Knock first and wait for permission before entering. Ask permission before borrowing a sibling’s stuff. Stay away from strangers. Inappropriate touching. Allowing children to dress themselves, toilet and bathe themselves and to decide when they’ve had enough dinner. Saying no to a hug. Allowing children to express their own likes and dislikes.

Essentially, boundaries are about personal autonomy, self-respect, personal safety and well-being and respecting the boundaries of others.

Unfortunately, many of us were raised by parents who either didn’t have boundaries themselves or didn’t tolerate, to put it mildly, others having boundaries with them. Think about it. What happened if you told your mother or father no? Was the mere thought telling either of your parents no terrifying?

Conversely, perhaps your mom and dad taught you to always turn the other cheek, to not make waves, to keep the peace, to be nice and try to get along with everybody. If so, they may have unintentionally trained you to be the perfect cannon fodder and doormat for abusive personalities like narcissists, borderlines and psychopaths. Those childhood teachings work great with other nice people, but not so much with narcissists, borderlines and psychopaths.

Narcissists and their ilk bank on others having  flimsy boundaries or no boundaries to get away with their cruelty, treachery, manipulations and entitled attitudes. They looooooooove people who are “too nice.” Crazy sees kindness not as a virtue, but as a weakness to exploit.

That doesn’t mean that you have to stop being kind, nice, generous, accepting and loving. Not at all. It just means you have to become more discerning and stop being “nice” at your expense. In other words, you need to build or beef up your boundaries. Having boundaries doesn’t translate to being an asshole. It means you can still be nice to others without letting them take advantage of you and abuse you.

I. The Golden Rule. Do unto others as you would have them do unto you. This is the law of reciprocity. It’s not the calculated giving something to get something that many narcissists engage in (i.e., creating a sense of obligation or you owe me), but rather what should be the natural and mutual give and take in adult relationships. Abusive personalities don’t abide by the Golden Rule, but rather the do as I say not as I do rule.

Do you give more than you get out of your relationships? Are your needs and wants as much of a priority to your spouse, friend, mother, father or sibling as she or he demands of you in terms of their needs and wants? Does Nina the Narcissist or Bob the Borderline make you feel guilty or rage at you if you don’t sacrifice your needs and well-being for their wants?

How would your boyfriend or girlfriend feel if you were to treat him or her the way they treat you? Is there a double standard in your relationships in terms of expectations and behavior? How are you justifying these relationship imbalances? Do you feel guilty or like you’re asking too much for your partner or friend to treat you with the same basic decency and courtesy that you show them?

Take an accounting of your relationships. Are you getting back as much as you give? Have you expressed your feelings about any relationship imbalances? How did the other person respond? Did they get angry? Dismissive? Make empty promises that things would get better? Or did they really listen and then take steps to make things better? If the Golden Rule isn’t at play in your relationships, it’s healthy and right to want to end or distance yourself from those relationships.

II. The Joy of No. If sorry is the hardest word for narcissists, then no is the hardest word for codependents. What’s the difference between codependents and nice people when it comes to saying no? Nice people say no because they’re unable to, don’t have the time to or don’t want to say yes. They don’t feel the need to defend or explain their no, and they don’t worry that someone will be mad at them or stop liking or loving them for saying no.

Example 1: Nice Person encounters Crazy in the dating pool. Crazy wants Nice Person to accompany her or him to a family wedding for their second date. Nice Person declines because that would be too much too soon. Crazy loses her or his marbles, accusing Nice Person of being a selfish commitment phobe who’s “afraid to love.” Nice Person smiles at Crazy, says the two of them aren’t a good fit and wishes Crazy well.

Nice Person doesn’t feel guilty or bad for saying no, nor does Nice Person feel guilty or bad for blocking Crazy on their cellphone or social media accounts once the text bombs and private message bombs cycling through blame shifting apologies, unfounded accusations and name-calling begin. Nice Person shrugs it off, doesn’t take it personally and gets on with his or her life as well as having a super funny dating anecdote to share with friends.

Example 2: Codependent encounters Crazy in the dating pool. Crazy wants Codependent to accompany them to a family wedding for their second date. Codependent thinks, “Oh my gosh! Crazy must be really serious about me!!! Yeah, I’ll go!” Codependent marries Crazy four months later, has two kids and is now in the middle of a high-conflict divorce and facing false abuse allegations.

Crazy loses her or his marbles, accusing Codependent of being a selfish commitment phobe who’s “afraid to love.” Codependent feels h-o-r-r-i-b-l-e and agonizes over whether or not they’re really afraid to love and commitment phobic. Codependent feels guilty about Crazy not having a date to the family wedding because everyone in Crazy’s family wants to know when Crazy’s going to get married. What’s the big deal, right? It’s just a date with food, dancing and a band.

Codependent doesn’t stop to wonder why Crazy would want to take someone they’ve determined is commitment phobic and love avoidant to a wedding much less continue to date at all. Codependent goes to the wedding, marries Crazy four months later, has two kids and is now in the middle of a high-conflict divorce and facing false abuse allegations.

See the difference? All it takes to avoid the disastrous outcomes in Examples 2 and 3 is to say no and feel okay about saying no. Even if you still wrestle with guilt when you want to say no, that’s alright. Feel the guilt and say no anyway! Guilt won’t kill you. Just because you feel guilt, at least initially, doesn’t mean you have to base your decisions on it. Same goes for feelings of fear and obligation.

III. Enabling. Enabling is doing for someone what they’re capable of doing for themselves. Helping is teaching someone how to do for themselves and then letting them. It’s more helpful to teach someone to fish rather than giving them a fish each day. Teaching a person to fish helps him or her to be independent. Giving a person a daily fish makes them dependent.

Additionally, many codependents help first and ask questions later. Meaning that codependents often step in and try to fix, rescue or help others before even being asked to do so. If you’re wondering, “What’s wrong with that? Isn’t it good to be helpful?” keep reading.

Jumping in and doing for others robs a person of their ability to do for themselves. It deprives them of feeling autonomous, capable and a sense of accomplishment in being able to manage their own lives and whatever problems may arise. Healthy adults don’t want you to step in and do for them. This is why kids say, “Me do!” during the Terrible Twos. Personal agency feels good.

Giving unsolicited help can also foster a dependency, as in a codependency.

Codependents need to be needed and seem to confuse being needed as the pathway to love. It’s not. Many copdependents were parentified as children. They didn’t feel loved or accepted unless they were taking care of their parents emotional and physical needs. Parentified children are often rewarded for ignoring their own needs and wants and sacrificing them for their parent’s unhealthy ego needs and wants. Parentified children often replay this in their adult relationships. It manifests as codependency.

Being needed and being loved are two very different things. Need arises from a sense of lack, deprivation, fear and unworthiness. Love arises from a sense of wholeness and “want to be” rather than “have to” or “need to be.” The former is a thankless depletion of one’s internal and external resources. The latter is energizing, life enhancing and source of joy and contentment.

There’s a great deal of literature about the abandonment fears of narcissists and borderlines. Codependents often have a fear of abandonment as well, however, it’s expressed differently in the personality disordered vs. the codependent. Narcissists, borderlines, histrionics and psychopaths make their partners dependent on their approval, which they miserly hoard away after the love bombing or idealization stage and save for emergencies like Hoovers. Codependents make their partners dependent upon them through enabling them, acts of service and tolerating their manipulations and other abuses.

Each of us have a responsibility and obligation to ourselves, our loved ones, our colleagues and our communities to manage our own issues instead of dumping them onto whomever is most convenient and willing. It’s okay to help and support a loved one or friend with their issues, but that’s very different than enabling their issues or allowing yourself to become a scapegoat or dumping ground for their issues.

Sometimes the nicest thing you can do is let another person clean up his or her own mess and that starts with you.