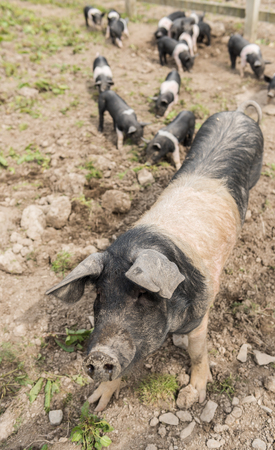 “I learned long ago, never to wrestle with a pig. You get dirty, and besides, the pig likes it.” (George Bernard Shaw)

In case there’s any question, the narcissist, borderline, psychopath, histrionic, paranoiac or garden variety bully is the pig in this equation. There’s one simple rule to winning an argument with these personalities: Don’t argue with them. At least, don’t fight with them on their terms. You simply won’t win.

In other words, fighting with a narcissist is “A strange game. The only winning move is not to play.” (War Games, 1983)

Arguing with a narcissist isn’t about a healthy discussion of mutual and individual grievances. It’s not about problem-solving. It’s not about clearing the air and both parties feeling heard. It’s about domination, mindfuckery and intentionally inflicting emotional or physical pain. It’s about breaking you down, bit by bit, and training you to roll over. It’s about the narcissist being right. It’s about winning.

Narcissists don’t do win-win. There must be a winner and a loser in every interaction. In order for a narcissist to feel that she or he has won, they have to harm their opponent in some way. For example, by taking something of value from you (even if it holds no value to them), forcing you do something you don’t want to do or destroying something or someone you love.

There are several reasons why it’s pointless to argue with a narcissist. It can be very difficult to resist the urge to do so, I know. It’s extremely crazy-making the way they distort, deny, project, gaslight, gyrate, pivot and just make shit up. You probably feel compelled to spell it out for them. I get it.

It’s so very tempting to justify, argue, defend and explain (JADE), but don’t do it. It will only be held against you just like every other nasty, selfish, self-absorbed thing the narcissist has done or is still doing to you. Like a fly struggling to free itself from the spider’s web, explaining and defending yourself just makes you a more easily digested narcissist yum-yum (i.e., narcissistic supply).

This is why you don’t justify, argue, defend or explain. It’s also why we strongly recommend No Contact after ending a relationship with a narcissist or Low Contact if you share minor children. This is why BIFF is recommended if you must communicate with a narcissist, borderline or psychopath. BIFF = Brief, Informative, Firm, Friendly. Although, I recommend BIF — keep the Firm and drop the Friendly. Or, if I’m being cheeky, I refer to it as BIFFY — a Brief, Informative, Firm F— You.

Just keep it business-like and avoid any emotional topics. Don’t share your feelings. Don’t inquire about the narcissist’s or borderline’s feelings. Discussing feelings, yours or theirs, with these personalities is like being airdropped into an alligator infested swamp without a compass or map then cutting a deep gash into your thigh that drips blood while you aimlessly and hopelessly try to find a way out. Don’t do it. Additionally, these personalities are basically children in adult bodies or emotional toddlers. Would you try to have a reasoned argument with a 5-year old? Of course not.

Why is it pointless to argue with a narcissist, borderline or psychopath?

Facts are irrelevant. Presenting the narcissist with verifiable facts, emails they wrote, audio or video recordings, scientific journal findings, etc., only makes them angrier and biliously dogmatic in their accusations and pronouncements. In fact, the more accurate you are, the more wrong you are. Heaven help you if you point out a contradiction in their conflict-victim narrative.

For example, you cite something the narcissist said 3 weeks ago that contradicts their current argument. Does the narcissist or borderline own the contradiction? Take time to reflect or reconsider? Nope. You’ll be accused of “throwing the past in my face” or “using my words as a weapon.” Surrender, Dorothy.

The narcissist is always right. Even if they don’t have a position of their own to defend, a narcissist will attack your position. Basically, their argument is that you’re wrong and, by default, they’re right. It doesn’t matter if they have a solution of their own, yours is wrong. Bullying or shaming a target into submission is very gratifying to narcissists and borderlines. It’s especially gratifying to them if you obligatorily apologize for “making them” lose their temper. It’s so very toxic.

The narcissist’s grievance du jour isn’t the issue. Their personality is the issue. Whatever you think the issue is or whatever the narcissist or borderline insists the issue is really isn’t the issue. The real issue has always been and always will be their personality. The stated issue is typically a smokescreen for one of their 5 fears (abandonment, control, feeling inferior, loss of resources and public exposure). Alternately, the narcissist will harangue you with petty stuff as a way to distract you from the big stuff — like why you’re staying in such an abusive, one-sided shitshow of a relationship.

Home court advantage. Narcissists stack the deck in their favor to win the argument, facts and logic be damned. They make the rules and the rules don’t apply to them. Ever. For example, your ex demands an insaaaaaaaaaane custody schedule — 5 exchanges in 7 days. She claims it’s because “the children” have anxiety if they’re away from her for more than 24 hours. [Snort.] There is a child having anxiety, but it’s not one of the actual children. Your ex is having anxiety because she’s losing dominion over the children and you.

Her solution? She demands a schedule that no one can follow, not even her. Then she rants about how the original schedule, that she created, needs to be changed. More time to her, less time to you, naturally. Using Narcissist Logic™, the problem isn’t the insane schedule that she demanded. The problem is you having parenting time that she can neither deny nor control. The solution? She gets sole custody and you become her beck and call babysitter provided you allow her to torture you at will. WINNING! It’s like playing a basketball game with only one net and only the narcissist gets to shoot the ball. Don’t play a game you can’t win.

The winner is predetermined. Narcissists and borderlines have a script in their heads about how conversations, arguments, etc., are supposed to go. It’s nice if you play along, but isn’t necessary. Besides, they know what you’re feeling and thinking, so there’s no need for you to engage. It doesn’t matter if you don’t actually feel and think that way. Remember, the facts are irrelevant. So let it be written, so let it be done.

I once conducted an experiment while I was still with my narcissistic ex. He was having one of his regularly scheduled attention-seeking meltdowns and instead of placating, cajoling and apologizing to get him to stop, I stayed silent. I sat there, unphased and unblinking, with a neutral expression on my face. Within 30 minutes he managed to have an argument all by himself without me saying a word.

He actually argued my side, or what he imagined was my side of the argument, for me and then argued why my side, that I never stated, was wrong. Now that’s some serious Narc-Fu. Then he did his version of the hair flip-flounce combo, made Poopy Diaper Face and buried himself in Facebook to Like gather by posting links to Wired articles for his minions. Like, Like, ooh, ah, oh, right there, right there, oh yeah baby, Liiiiiiiiiiiiiiiiiiike — that sure showed me!

Historical revisionism. Once in a blue moon, you may be able to get a narcissist to concede defeat. It takes some real effort though. You basically have to back them into  the proverbially corner and rope-a-dope them with facts and logic. Enjoy the admission of culpability while it lasts because it won’t.

Within a matter of weeks, days or hours, the narcissist or borderline will rewrite history and you’ll be right back where you started. They also do this with their failures and infinitesimal successes. Successes are often greatly exaggerated and failures are completely whitewashed. It just isn’t worth the effort required to get them to acknowledge objective reality. At best, it’s a labor intensive, short-lived Pyrrhic victory. At worst, it gives you false hope that somewhere, buried deep within the recesses of their alligator brain, there’s a decent human being that will materialize with a little more blood, sweat and tears on your part. Not going to happen.

If you want to win in any interaction with a narcissist, borderline or psychopath, you need to redefine what winning means. This will be covered in the second part of this article, which will be published later this week or early next. I was going to include it in this one in the hopes of keeping it to 1000 words or less, but here we are already at 1400 words plus. Check back soon, and if you haven’t yet, please check out the CrazyBusters Forum.